The Ubud Writers and Readers Festival is proud to announce the first round of highlight speakers joining us this year from 27 – 30th October, 2022. After two years of virtual events, we are excited to welcome writers, artists, activists and performers back in-person to Bali’s cultural highland in Ubud.

Putu Oka Sukanta, one of Indonesia’s leading literary figures, will discuss his trilogy of novels reflecting on the political conditions of the New Order, which have been translated into English by Keith Foulcher and published this year by the Lontar Foundation. The trilogy is a fictionalised memoir of Putu’s life

Carla Power, award-winning American journalist and author of two Pulitzer Prize Finalists in General Nonfiction will speak about deradicalisation and her new title Home, Land, Security. This eye-opening investigation exposes the rise of division and radicalization in all forms, both at home and abroad. A groundbreaking look inside the controversial field of deradicalization, told through the stories of former militants and the people working to bring them back into society.

With the return of live poetry events and performances, Bejan Matur, one of Turkey’s leading contemporary poets, will perform her music-accompanied pieces that illustrate how she engages mythology and mysticism throughout her award-winning body of work. British interdisciplinary artist and celebrated designer, Osman Yousefzada, will share the stories behind his first book The Go-Between, a memoir that documents his childhood growing up between different worlds in a closed migrant community.

Nawaaz Ahmed explores the political as personal through his debut novel Radiant Fugitives, which was a Finalist for the PEN/Faulkner Award for Fiction 2022. A bold new voice that explores the tensions between ideology and practicality, hope and tradition, forgiveness and retribution for one family navigating a shifting political landscape.

Kylie Moore-Gilbert will speak on her new memoir, The Uncaged Sky, which chronicles her experience of being arrested and detained by Revolutionary Guards in the notorious Evin prison in Tehran for 804 days. Dr Moore-Gilbert’s freedom was ultimately secured by a complicated prisoner swap involving four countries. She shares her encounter to raise awareness and encourage governments to rethink handling of hostages, and to promote collaboration to achieve the release of the many other detainees seeking freedom.

Ahmad Fuadi, an Indonesian novelist, social worker and journalist, will discuss his award-winning literary work, and shine light on Komunitas Menara, a social foundation he founded to help educate underprivileged children in Indonesia. Ahmad is passionate about promoting literacy, and served as a curator for our Emerging Writers selection earlier this year.

With award-winning journalists, dazzling fiction writers, and the authors of some of this year’s most anticipated memoirs, the UWRF22 program will examine humanity’s capacity to strengthen our ties as individuals and the world as a collective.

Our discounted Early Bird tickets will be available only until midnight on 31st July.

We are offering a discount on our 4-Day Passes – seeing those for international festival lovers priced at AUD 352 – until July 30. So get your ticket at our lowest price while you can and save up to AUD 88 off the regular price. 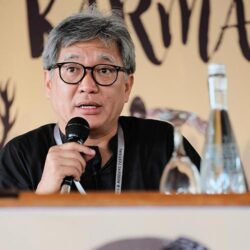 Southeast Asia’s leading Festival of words and ideas announces its main program for 2022 – inviting audiences to discover unique voices and exceptional literature from corners both known and unknown, … 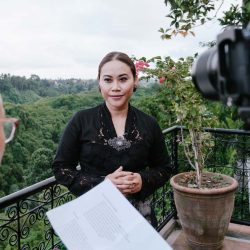