Comprising more than 150 of the world’s leading authors, artists and activists from 31 countries, we are proud to announce our most diverse program yet, with the Festival – now in its 14th year – having well and truly evolved into a global hub of education, inspiration and empowerment.

From Indonesia to Iran, Canada to South Korea, the Philippines to Pakistan and dozens of countries in between, the five-day program of impassioned in-conversations, intimate literary lunches, and powerful live performances promises a world of stories, ideas and solutions at a time when amplifying diverse voices is more critical than ever. 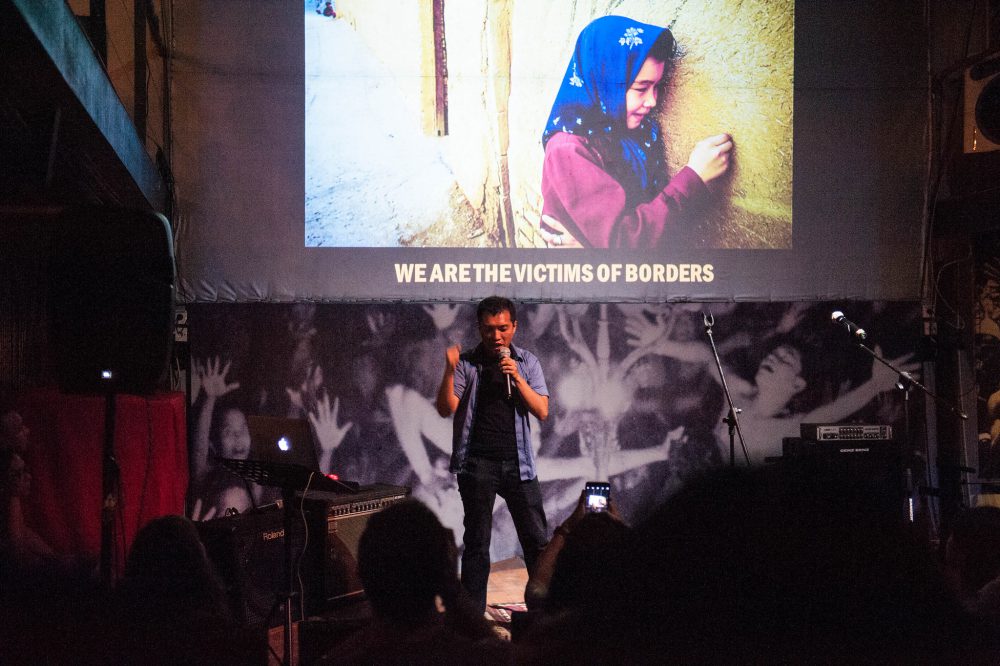 They’ll be joined by one of the world’s best-loved authors Jung Chang, whose family autobiography Wild Swans sold over ten million copies after being banned in China; eminent British writer, journalist and broadcaster Simon Winchester, whose bestseller Krakatoa: The Day the World Exploded has long been a firm fixture on bookshelves across the region; one of Indonesia’s favorite and most prolific poets, Joko Pinurbo; and Saroo Brierley, whose memoir was adapted into the blockbuster film Lion.

Amid political divisions, climate change will be tackled by industry leaders including acclaimed climatologist, Tim Flannery, Head of the Climate Change Unit at the British Embassy Jakarta, Tom Owen Edmunds, and Robert Crocker, a researcher in the field of design for sustainability.

As Latin America continues to make headlines, insights will be revealed by its prominent authors, poets and playwrights – Héctor Abad from Colombia, Carmen Boullosa from Mexico, Sergio Chejfec from Argentina, along with journalist and art critic Victoria Stigger and writer and artist Victor Heringer from Brazil.

The power of poetry in public discourse – both written and performed – will be a strong focal point of the Festival. Illustrious English poet, playwright and novelist Simon Armitage will be joined by Balinese poet and theater director Kadek Sonia Piscayanti, one of Portugal’s foremost contemporary writers, Ana Luísa Amaral, award-winning American writer and poet based in Japan, Leza Lowitz; Singaporean poet and photographer Marc Nair, the man credited as the catalyst for Australia’s poetry slam movement, Chicagoan Miles Merril, and 2016 Australian Poetry Slam Champion, Arielle Cottingham. 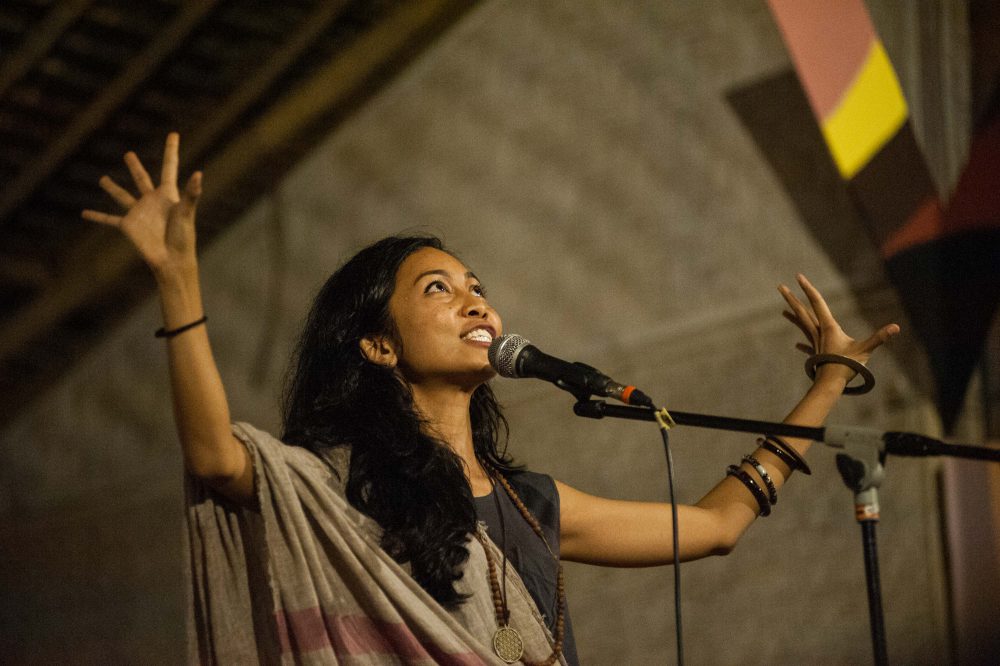 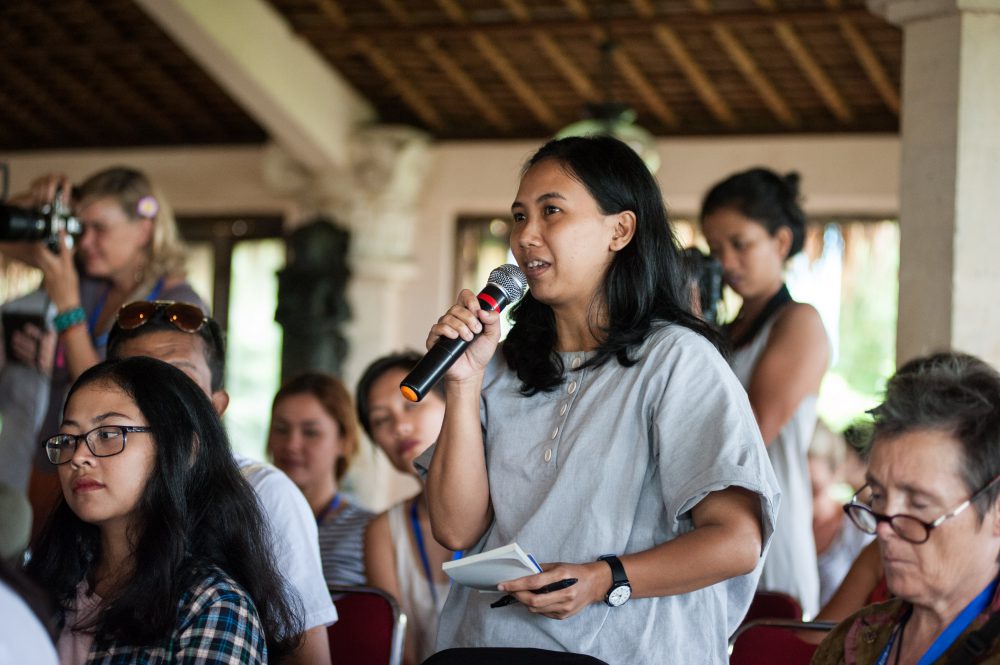 After Iran was guest of honor at this year’s Beijing International Book Fair, Iranian literature – rooted in one of the world’s oldest literary traditions – will be explored by its rising star, Shokoofeh Azar, and award-winning poet, playwright and literary translator, Sholeh Wolpé.

Upholding its reputation as a festival of fresh voices, UWRF will welcome ‘the wild child of the South Korean experimental literary scene’, Han Yujoo, editor of the first English language anthology of Tibetan fiction, Tenzin Dickyi, and Jhoanna Lynn B. Cruz, who wrote the Philippines’ first sole-author collection of lesbian-themed stories.

Alternative forms of storytelling will be explored by comic artist and illustrator, and author of the first graphic novel to win the Singapore Literature Prize for fiction, Sonny Liew, comic artist Rachel Ang, Art Director of Pencilled In, a magazine championing the work of Asian-Australian writers and artists; Riziqi R. Mosmarth, Head of the Indonesian Comic Society; and Ary Wicahyana, who uses a traditional style of Balinese painting to address contemporary issues. Rocking against prejudice and smashing stereotypes, a performance by groundbreaking all-girl Indonesian Muslim metal band Voice of Baceprot will present a little-heard perspective.

As Bali continues to top lists of the world’s favorite holiday destinations, travel and travel writing will be explored through the extraordinary stories of Paula Constant, who walked 12,000km through eight countries; Indonesia’s leading travel writer Trinity; and Swedish writer Per Andersson, author of The Amazing Story of the Man Who Cycled from India to Europe for Love.

The Festival continues to celebrate Indonesia’s burgeoning film industry with one of this year’s most anticipated releases, Istirihatlah Kata-kata (Solo, Solitude), directed by Yosep Anggi Noen, and hUSh, the latest film from one of Indonesia’s most controversial writers and filmmakers, Djenar Maesa Ayu.

“With the number of nations represented at this year’s Festival, it’s clear why previous UWRF speaker Dr Anita Heiss called it ‘the most multicultural, political, and diverse event on the literary calendar’,” commented Founder & Director Janet DeNeefe. “At a time when the severity of regional and global events leaves us feeling disempowered, it is vital to hear as many different perspectives as possible, and to share with the world Indonesia’s national motto – unity in diversity.”

The full lineup and program for the UWRF17 is now available. Buy tickets to the Festival’s Main Program – spanning 72 events from 26-29 October – on our Ticketing Page, or browse individual event pages to secure your spot.