Women of Letters: a love letter to missives 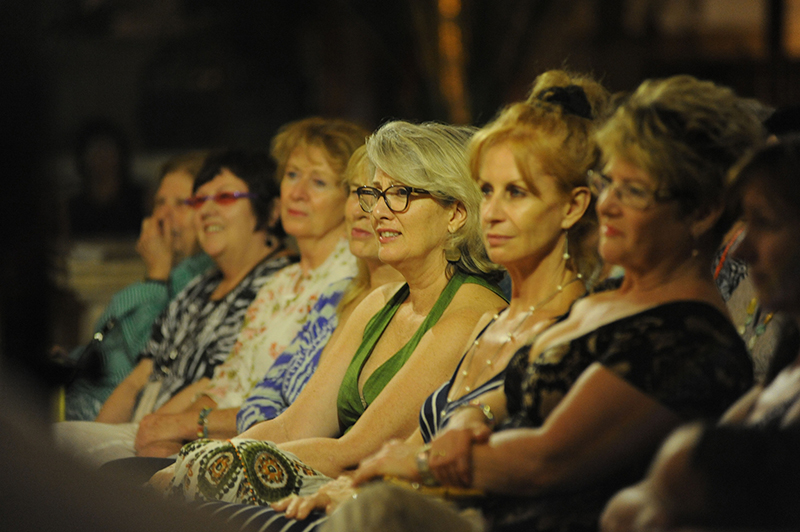 “Women of Letters is the perfect alchemy of literary art-party and storytelling, with drinking and bonding for all genders of truth-seekers. Marieke and Michaela deserve a medal for creating this happening while we’re on earth.” – Amanda Palmer

In an odd way the creators of Women of Letters, Marieke Hardy and Michaela McGuire, can thank the internet and its offspring: texting, emails and especially Twitter, for their success at reviving the art of letter writing.

No, this is not a nostalgic plea for a return to the good old days. But nostalgia entwined with a love of literature is at the heart of the very successful Women of Letters project launched in Melbourne, Australia in 2012. It has revived not only a passion for correspondence, but also the joy of listening to the spoken word in communal settings such as a cafés and pubs.

Writers Marieke and Michaela started the event as a fun experiment to give emerging female writers a platform, but in three years they have watched it grow into a literary phenomenon, with satellite events spanning the UK, Indonesia, USA and beyond.

At-capacity events have spurned bestselling books, the most recent of which is Airmail (out March 25), a collection including readers from Ubud Writers & Readers Festival such as Anne Summers, Lionel Shriver, Ketut Yuliarsa, Khairani Barokka, Val McDermid, Eimear McBride, Lily Yulianti Farid and Carlos Andrés Goméz. As the events ban recordings to ensure each is a ‘safe space’ for the writers, being able to read these insights are a rare pleasure.

A Women of Letters reading aloud performance is an emotional event – sometimes hilarious, sometimes heartrending. These are letters to life itself and it’s highly recommended to attend at the next Ubud Writers & Readers Festival, set for October 28 – November 1, 2015; its third year at the Festival. 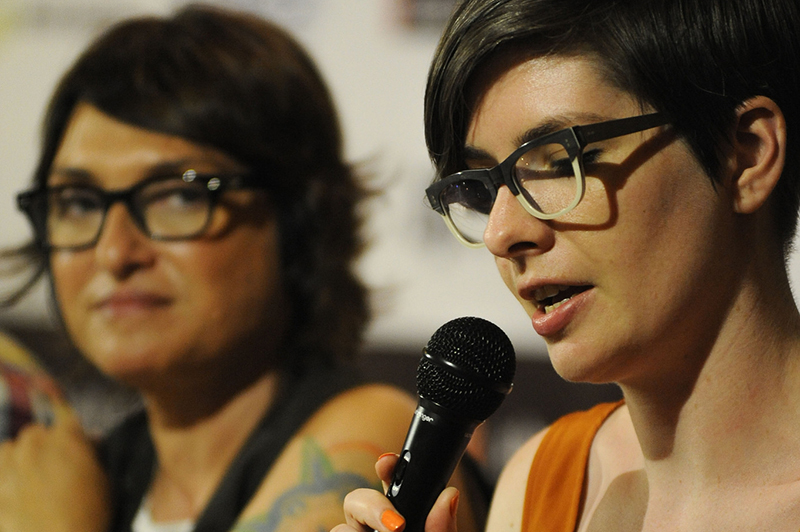 Curator Michaela McGuire (pictured above) kindly agreed to answer a few questions for us, below.

How did the idea of letter writing turn into the lively performances you have done at Ubud Writers & Readers Festival?

The initial idea was creating a lively literary event that showcased brilliant women; the letter-writing angle came a few weeks later. Marieke and I wanted to stage an event that allowed interesting, funny, smart women to share their work on a regular basis, and we thought that letter-writing might be an interesting format. We could never have predicted that after five years we’d have toured that show all around the world, and especially not in Ubud!

Women of Letters has generated Men of Letters and People of Letters.  Why is this idea so popular at this point in time? Is this a response to texts and Twitter that are all about brevity and speed?

Nostalgia about ‘the good old days’ is definitely part of the appeal. Everyone spends so much time online, in front of a screen, that the idea of sitting down with a piece of paper and a pen is somewhat quaint. We started playing with the format a little and have now expanded the roster to include the occasional Men of Letters, and People of Letters shows, and they’re enormously fun to put together.

How did you decide on the ‘letter to a theme or situation model’ such as, Letter to the Night I’d Rather Forget or Letter to my 12-year-old-self and other provocative topics?

We usually wait until we have all the guests for a particular show confirmed, then look at what that group of women might have something to talk about. The themes need to be specific enough to give the writers some scope, but broad enough that every guest won’t tell the same story. It’s a careful balancing act.

How do you solicit and select the letters you publish? And how do you decide which letters you read in performances.

Everyone who reads a letter at one of our shows is invited to have their letter published in a collection, and it’s entirely up to them whether they want to have their letters available to the world. One or two from each show generally decide that they want their letter shared at that one show, and never again, and we respect that enormously. We don’t audition our guests and often don’t know what their letters will be about until they’re read live on stage. It’s lovely to be as surprised as the audience is.

An awful lot of emails! There’s usually 100 or so contributors to initially approach for each volume, and it takes quite a while to talk the process through with each writer. For the first three or four books I was handling that side of things, until our very gracious editor at Penguin offered to coordinate the letters, permissions and signatures of all those contributors before turning them into beautiful books. My inbox has mercifully been far less busy since then.

Which of the five books is your favorite and why?

That’s a little like being asked to pick your favourite child. Is it safe enough to say that the baby of the family is our current favourite? Airmail is such a gorgeous book. It serves as a bit of a travel diary for us too, reading back over what transpired on stages everywhere from San Francisco to Dublin to Ubud.

I had the pleasure of attending your 2014 WoL event at UWRF. It was truly enjoyable, funny and inspiring.  Can you give our readers any idea as to what we can expect to experience this coming October?

We’re awaiting the announcement of this year’s festival guests as anxiously as you are! We very much hope that it will be a similarly enjoyable experience for festival-goers this year. Once we’re told who’s attending the festival, we’ll do our best to ensure that there’s a diverse mix of funny, eclectic, fascinating women (and People) involved in our shows.

I have read all of your proceeds go to Edgar’s Mission Farm Sanctuary. What brought this idea about and how does it work?

Marieke first met the founder of Edgar’s Mission, Pam Ahern, the year before we started staging shows, and was really taken with what she’s trying to achieve, and the awful amount of hard work that goes into providing a sanctuary for all those animals. All the performers who take part in our shows very generously donate their time, and from there we’re able to give the proceeds to Edgar’s Mission.

Access the UWRF and WoL online letter-writing portal via www.ubudwritersfestival.com/women-of-letters.