With over 180 speakers from 30 countries, this year’s UWRF lineup is a literary treasure trove of discoveries. Each week in the lead up to the Festival, we’ll speak to a writer whose work you may not have encountered yet, but who could well turn out to be your Festival favorite. First up is Tariq Khalil, who has lived and worked in Jakarta for the last ten years taking whatever opportunity has come his way to make Retronesia, the first photobook on Indonesia’s unique take on 1950s architecture. 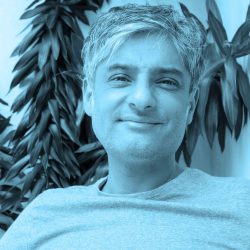 What issues and ideas are you hoping to explore during your UWRF18 sessions?

Where we are today: there are threads of continuity reflected in ’50s period design, from funny shaped windows to how discontent is expressed today in Indonesia.

Anybody and everybody; those new to Indonesia and those who think they’ve seen it all. My work is about seeing today through strange buildings; a time-warped lens on the strange continuity of things.

Making Retronesia took me ten years and gave me an excuse to wander (not travel) all over Indonesia. However, I would like to say that you don’t need to travel to the exotic or the remote although I often found ways to. This tropical variant of California’s mid-century modern is found just about everywhere in Indonesia but remains largely invisible. It’s one of many types of ‘modern archaeology’ out there. It’s one that took somebody like me a very long time to learn how to see. 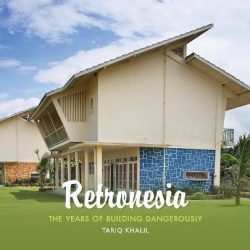 I’m largely recycling but here goes: “Keep going”, “expect to rewrite it seven times” and “show your readers more of yourself”. I’d only add that life is actually long enough so just do it.

Which of your works do you recommend readers begin with?

Retronesia is an illustrated style atlas for two very important books, Senja di Jakarta by Mochtar Lubis and The Years of Living Dangerously by Christopher Koch (no, not the film).

What are you most looking forward to at UWRF18?

Meeting other readers, writers and listeners.

Tariq Kalil is part of the panel What Indonesia Taught Me on Thursday 25 October, and riffing on Retronesia at the Festival Club @ Bar Luna on Friday 26 October.