With over 150 speakers from 31 countries, this year’s UWRF lineup is a literary treasure trove of discoveries. Each week in the lead up to the Festival, we’ll speak to a writer whose work you may not yet have encountered, but who could well turn out to be your new Festival favorite. For the fourth installment, we spoke to Nisid Hajari, long-term journalist and author of the award-winning Midnight’s Furies: The Deadly Legacy of India’s Partition. 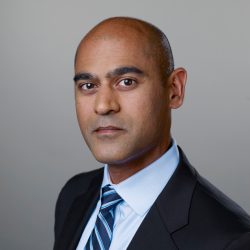 Ironically, even though the subject of my book – the 1947 Partition of India and Pakistan – occurred 70 years ago, the issues it raises are more relevant than ever. All over the world, in diverse societies such as Indonesia, India, the UK and US, we see the forces of hate and division being exploited once again by politicians and provocateurs. That doesn’t mean that any of those places need fear a serious secessionist movement or outright civil war. But something more insidious may be happening – a slow erosion of the bonds holding together multiethnic, multifaith societies. Such damage isn’t easily repaired. I’d welcome the chance to talk about why this is happening and how to reverse the trend.

Eager readers! As an author, I’ve found the live interaction with readers who are engaged with the issues my book raises to be incredibly thought-provoking and fulfilling. I’d love to see and hear from anyone who’s eager to better understand this history and to think about what it means today.

I’ve been incredibly fortunate in my career as a journalist. I spent about 17 years in New York City, the world’s greatest city, at various magazines, and have been able to intersperse that with time living in Hong Kong, Singapore and now Bangkok. My book research took me to India and the UK. And I’ve given readings everywhere from Stockholm to Shanghai to San Francisco. I can think of many more places I’d still like to go, but having the chance to travel and interact with people from so many different societies has been a great blessing.

I think the answer would be the same: scare yourself. I think there’s a temptation, especially if one has found some success in a particular field or form of writing, to keep going back to that vein. But the most interesting work often comes from breaking off and trying something entirely new, and preferably a little fear-inducing. That edge can give rise to truly original insights, and the work itself will quite likely be more satisfying.

Besides visiting Ubud – where I haven’t been in 20 years – I’m eager to meet and hear from fellow authors and readers, and to learn more about Indonesia’s efforts to grapple with its own civil holocaust, the 1965 riots. I find these kinds of interactions incredibly stimulating, and the opportunity to have them in a locale as beautiful as Ubud is tremendously exciting.