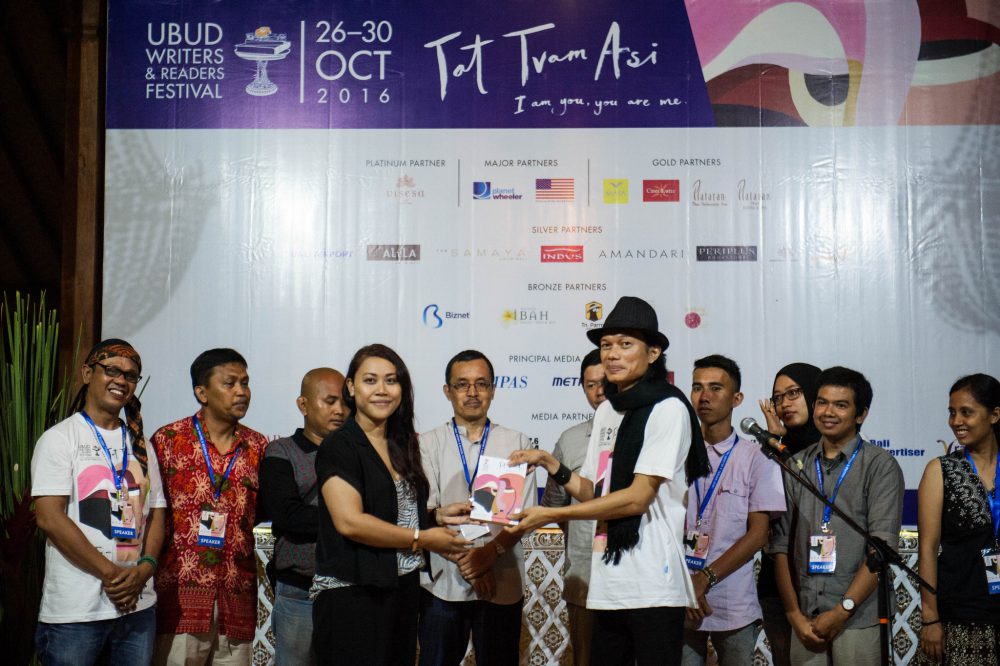 Submissions for the 2017 Indonesian Emerging Writers Prize closed last month. This year 711 authors from across the archipelago submitted a total of 913 works, which were also received from Indonesians living in France, Australia, Hong Kong, the US, Egypt and Morocco. The entries range across short stories, poetry, novels, essays, non-fiction, plays, and many other genres. Poetry is the most popular entry type, with 377 submissions, followed by 278 short stories.

The five Indonesian provinces with the largest number of writers’ submissions are East Java (155 writers with nearly a third coming from the island of Madura), West Java (102), Central Java (88), Jakarta (59) and Yogyakarta (48). 56% of the 711 writers are female, while 44% are male. Almost half of them are students – evidence of young Indonesians’ passion for literature and writing.

The submissions are currently being reviewed by the UWRF team and the still to be announced Curatorial Board comprising some of Indonesia’s most prominent writers. The 15 winning Emerging Writers will be announced next month. Stay tuned to our website and social media for all the latest on the future of Indonesia’s thriving literary landscape.