As acclaimed climatologist Tim Flannery charts the luxury Plataran Felicia through one of the world’s most pristine natural environments, the sea air will be fragrant with the smell of Indonesian spices, prepared by celebrated cookbook author, Janet DeNeefe.

Joining the Festival’s famed literary cruise series, which this year runs from 31 October to 4 November, Janet DeNeefe is the Founder & Director of the Ubud Writers & Readers Festival and the Ubud Food Festival, and one of Indonesia’s leading authorities on Balinese food.

No stranger to the Komodo Islands, Janet DeNeefe will draw on locally-sourced ingredients and spices, serving up a daily feast of dishes including fresh fish curry with torch ginger, spicy chargrilled squid, tempe in lemon basil and eggplant sambal for the intimate group of just eight paying guests. 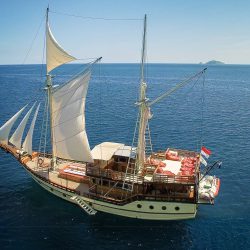 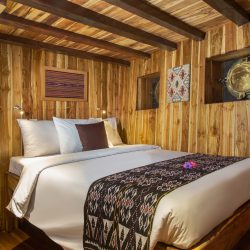 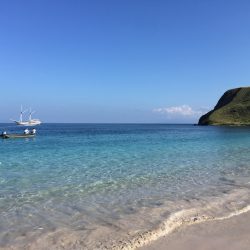 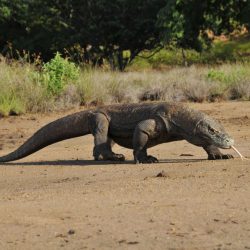 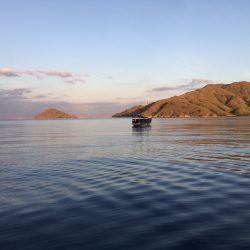 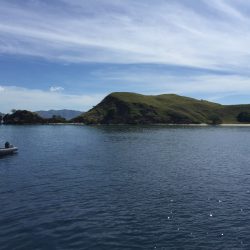 “It doesn’t matter how many places in Indonesia I visit; Flores is still the most breathtaking place in the archipelago,” says DeNeefe. “With a kaleidoscopic array of beauty below the surface and a never-ending tapestry of mountains as far as the eye can see, it’s little wonder that the cruise is one of our most-anticipated events of the year.

“I love exploring the local markets for the freshest ingredients and spices. You can never truly say you’ve traveled somewhere until you’ve tasted all their local fare, after all!”

DeNeefe joins the cruise alongside award-winning memoirist Kate Holden and the Climate Council’s Tim Flannery, who wrote about the islands’ famed Komodo Dragons in his 2004 publication, The Future Eaters.

“Komodo Dragons actually evolved in Australia, and lived there until humans arrived 45,000 years ago,” said Flannery. “I can’t wait to explore the Komodo Islands and work out why these creatures survived there after becoming extinct everywhere else from Timor to Australia.”

For the full itinerary and yacht information, click here.