The Guardian called Intan Paramaditha’s debut novel The Wandering an “ingenious choose-your-own-adventure challenge, [which is] at least five books in one.” Originally published in Indonesian as Gentayangan and translated into English by Stephen J. Epstein, The Wandering has received multiple awards. Join Intan for a raw and insightful conversation about travel, identity, and why we are “haunted by the road not taken.”

You can also listen to our podcasts on Spotify and Apple Music! 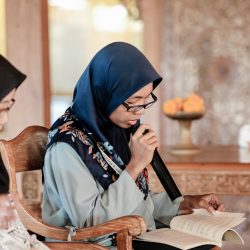