‘I am you, you are me’: migration, identity and extremism through the lens of ‘Tat Tvam Asi’ at this year’s UWRF 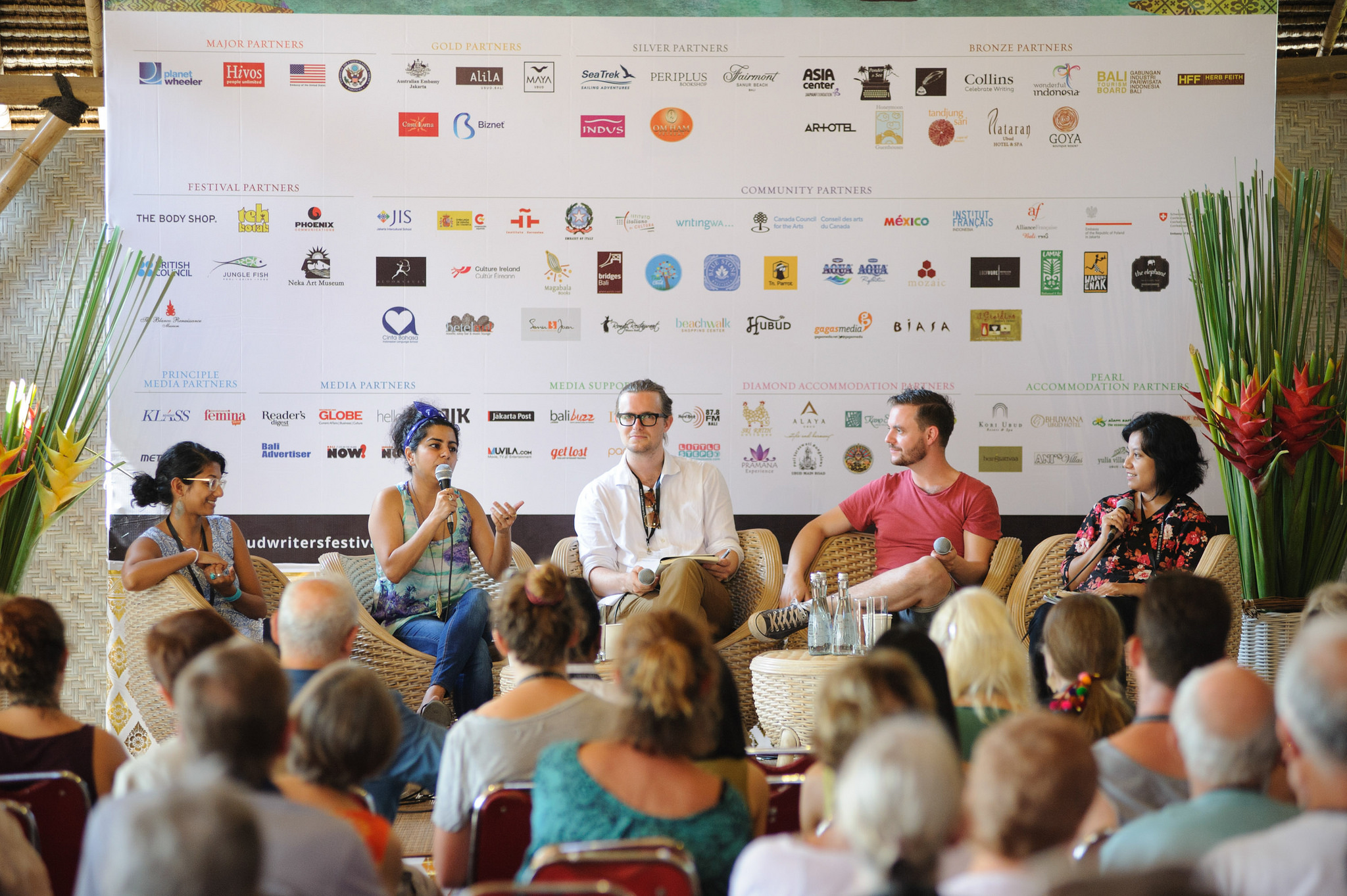 Bringing together more than 160 of the world’s leading authors, artists, performers and activists, the Ubud Writers & Readers Festival will once again push big ideas and global issues to the forefront of Bali’s cultural capital this 26–30 October.

After a year in which borders and migration have dominated the headlines, the Festival will dissect issues of identity and inclusion with speakers including Pakistani stand-up comedian Sami Shah, Sudanese-American World Poetry Slam champion Emi Mahmoud, Indonesian sex-traffic survivor and social advocate Shandra Woworuntu, travel writer and author of the newly-published insights into the fragmented Indonesian identity Agustinus Wibowo, and winner of the EU Prize for Literature for her novel Exile, Turkish writer Ciler Ilhan.

How we encounter and counter extremism will also be a central theme in this year’s UWRF, with speakers including Nigerian author of the upcoming The Chibok Girls Helon Habila, daughter of leading anti-apartheid activist and political commentator, Gillian Slovo, and Polish writer with a focus on conflict zones in the Caucasus, Central Asia and Africa Wojciech Jagielski.

Giving voice to the many identities of the rising ‘single lady’, the program will canvas the changing face of feminism across the globe, with speakers including Singaporean author of Sarong Party Girls Cheryl Tan, Indigenous Australian chick-lit writer Anita Heiss, author, mechanical engineer and powerful social advocate Yassmin Abdel- Magied.

Set amongst Ubud’s lush jungles and expansive rice fields, travel will of course be a central topic of discussion, with Lonely Planet Founder Tony Wheeler joining the program, alongside an Australian writer who rode across Africa on a motorbike at just 28-years-old Heather Ellis, and the author who went in search of Chairman Mao’s lost son in China, Richard Loseby.

The program will also pay tribute to the recent boom of Indonesian cinema, with the industry experiencing a significant revival over the past two years. Appearing alongside a special contemporary Indonesian film program will be film-maker of the 2016 Cannes Film Festival-screened Prenjak Wregas Bhanuteja, iconic Indonesian actor and director Slamet Rahardjo, screenwriter of the newly-released Nay Djenar Maesa Ayu and director of the HBO TV-series HalfWorld, Joko Anwar.

Tickets to the UWRF are on sale now.