Our new interview series Five Minutes With… sees us speaking to those in the writing and publishing industry – authors, journalists, editors, biographers, translators – to discover what compelled them to pick up the pen and work with words, and the hurdles they’ve overcome along the way. To kick off the series we spoke to narrative journalist and photographer Justin Lancy.

Justin, where has your work appeared?

As a freelance contributor of interviews, narrative journalism, analysis, and photography, I travel around the world to document interesting human stories and subcultures. I’ve explored the working secrets of Abbey Road Studios for The Atlantic, profiled a singing/dancing Bangkok motorcycle taxi driver for New York Magazine, photographed a block-printing village in Rajasthan for The Kindcraft — and I’ve even interviewed a Pulitzer Prize-winning author at the Ubud Writers & Readers Festival for AFAR.

My life as a writer began as a reader. I was one of those kids who loved reading so much that, late into the night, I’d secretly stay awake with my book when I was supposed to be sleeping. (Maybe it wasn’t such a big secret: My mom always gave me money for books… and for flashlight batteries.)

In high school, I had an English teacher who not only helped me discover my love for literature, but whose term papers provided me rigorous training in working through complex ideas with words. By writing essays for her class, I learned valuable skills used by most working writers — particularly the art of waiting until the last possible minute to begin a piece and then rushing to meet your deadline.

I didn’t publish anything until I started a blog about ten years ago. I was working in New York as a consultant — interviewing, training, and developing software — for writers and academics who wanted to make more productive use of computers. Technology work can be incredibly tedious so, to help myself stay awake, I decided to write about some of my projects.

Over time, my blog found a niche audience and was being mentioned by well-known websites and books. That was gratifying, but I always enjoyed the writing more than coding. So, I made the switch from being a tool-maker for creative professionals to being a creative professional. I thought making that leap would be harder than it was. As it turned out, I had good instincts for finding unusual stories and I discovered that interviewing people came naturally to me.

The more I write, the more I realize how much work goes into telling a good story. It’s like building a glider: You must carve away every extraneous piece for it to be light enough to lift off the ground — but it still needs to be structured enough to not fall apart in the air.

Craft. The more I write, the more I realize how much work goes into telling a good story. It’s like building a glider: You must carve away every extraneous piece for it to be light enough to lift off the ground — but it still needs to be structured enough to not fall apart in the air.

The life of a working writer is also filled with hurdles which are really lessons in a different part of the craft: You learn why you should always, always, always use multiple voice recorders for your interviews. You learn what makes a good pitch and how much money to ask for.

Some of my ‘big wins’ have been uncomplicated, joyful experiences on the job: Hanging out where The Beatles recorded. Standing on the beach of Marlon Brando’s private Polynesian island. Dozens of conversations with smart people doing fascinating work. Other moments have been rewarding, but emotionally challenging: Interviewing children working in Bangladesh’s garment factories. Sitting with homeless protestors in Cambodia. Revisiting the site of a massacre in Timor-Leste.

The biggest win? Writing something that leaves me clearer about my own thoughts and beliefs (see below). 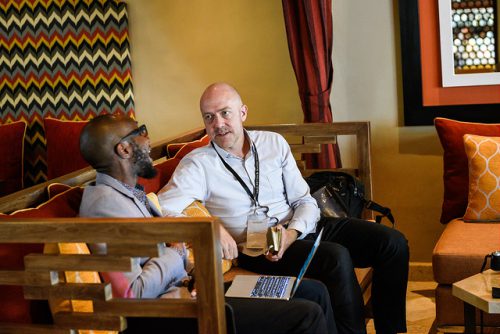 What do you envisage for the future of longform journalism?

Here’s a tweet making the rounds among freelance writers: “Journalism. It’s a tough job with insane pressure and crappy pay. On the other hand, everybody hates you.”

But seriously, it’s never been easier for writers to publish and, at least potentially, for good work to find an audience. The value of — and the need for — good writing and photojournalism is being affirmed everywhere. Unfortunately, it seems few people are willing to pay for it.

Where will this lead? No one knows, but it’s hard to imagine a future for writing if Pulitzer Prize winners are forced to take PR jobs to survive. I’d like to think that, collectively, we’ll eventually crack the code and come up with some new economic models that will not only sustain publications, but the people doing the actual writing.

Make friends with other writers. Writing can be a solitary pursuit, but that doesn’t mean that it should be a lonely one. A good writer friend will tell you which editor or agent to pitch to — and buy you a drink when they don’t even bother to respond to your email. Conversely, helping other writers keep their heads up should be a moral imperative. If you see someone’s done particularly nice work, send a note to congratulate them.

‘Be Like Water’. Bruce Lee’s monologue on flexibility and open-mindedness is catnip for creatives, but the most potent idea in it is only implied: Water, flowing steadily and over long periods of time, erodes rock. That’s the artistic process. The obstacles you face as a writer are real and formidable, but the most important thing is to keep moving, to keep working through the cracks, at whatever pace you’re able to sustain.

Use Your Writing as a Corrective Lens for Life. Everybody has their blind spots — some are cultural, some are personal. Every time I write, I hope to gain even a fractionally more complete vision of the world. The process is a bit like magic: You encounter new or challenging ideas, then you sit down to write about them. You think you’re clear about what you know or feel. You read back what you’ve written and realize, no, you aren’t clear. You repeat the process until, eventually, voilà, you are.

Meeting people at the Festival is incredibly rewarding: I’ve made friends with authors whom I’ve long admired, and met talented artists and scholars whose excellent work I hadn’t known before. In particular, I’ve enjoyed meeting Indonesian publishers, editors, filmmakers, and journalists at the UWRF who have helped me learn more about the nation’s culture and literature.