With an office bookshelf positively groaning with the works of 150+ speakers set to descend on the UWRF17, Festival staff have no shortage of literary inspiration. So what’s keeping them up at night, page by page, in the lead up to this year’s event? In our latest series, #UWRFBookClub, we chat to the Festival team about their highlight authors and artists. This week, we chat to Marketing and Media Consultant, Holly Reid. 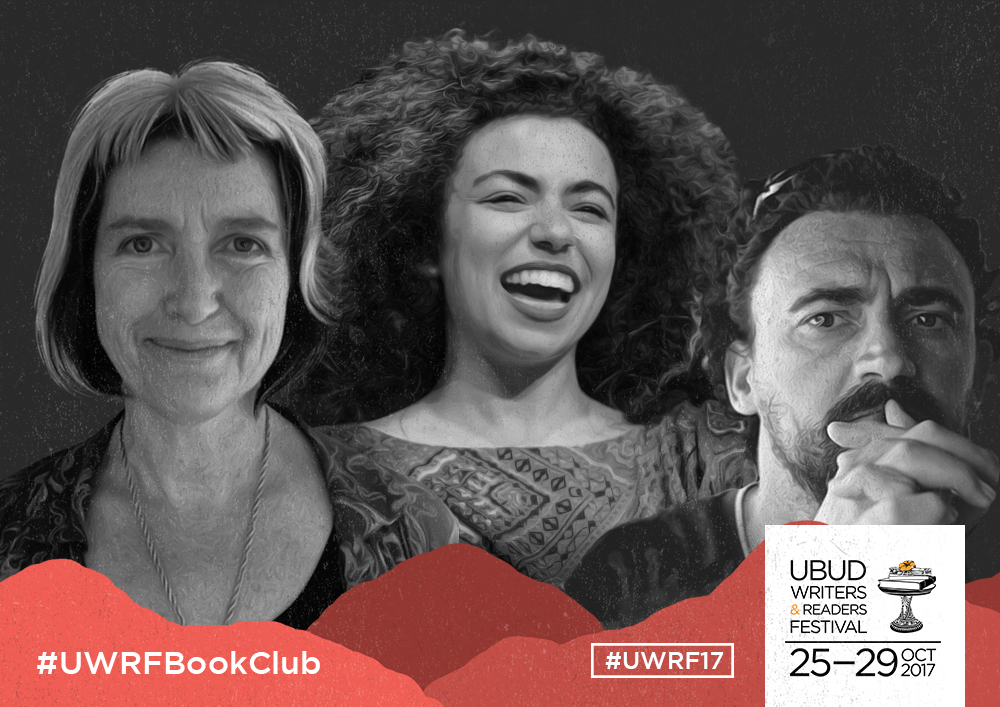 When I was younger, I underwent an operational with general anaesthetic. Almost 10 years later, and I can still remember vividly the dreams as I was under – a kaleidoscopic sky as I, Mario-cart style, jumped from cloud to cloud. It was only until our Program Manager, Donica, mentioned this to Kate Cole-Adams, who will be appearing in this year’s Festival, that I realised that a state of consciousness on the operating table, no matter how lucid, was not normal. Kate’s book, The Gift of Oblivion and the Mystery of Consciousness, is based on over a decade of research on what happens to our brains when we go under the knife. I’m sure her panel sessions will also prompt some very interesting stories from others about their own experiences.

One of the more surprising things I have discovered at our Festivals is an array of talented photographers, many of whom I now follow jealously on Instagram as they traverse the globe. This year, I’m taken with the work of Spanish photographer and documentary film-maker David Palazón, whose Art Exhibit and photo Book Launch at this year’s Festival is a visual curation of eight years in West Timor. He has an amazing eye for capturing human expression, and his clear ability to put strangers at ease makes for astonishingly honest portraits (that he’s also quite handsome probably doesn’t hurt – I can easily imagine him charming the pants off some elderly Timorese ibu-ibu).

“But history and its hurricanes have a way of washing away wayward women with ambition on our lips, instead of babies of on our hips, but I’m going to nail the damn doors open when the hurricanes come” – Arielle Cottingham. How you could you not want to see this woman on stage?

Every year, I love meeting the poets. In 2014, Australian refugee Abe Nouk gave me shivers on the Poetry Slam stage. In 2015, Zohab Zee Khan broke into spontaneous hip hop in his panel session. In 2016, Emi Mahmoud bought tears to my eyes as she recited poems from war-torn Sudan. Our poets have been so diverse in their origins, and so powerful on the issues that inspire them. This year, I’m looking forward to meeting Arielle and see what issues she brings to the fore through the power of spoken word.