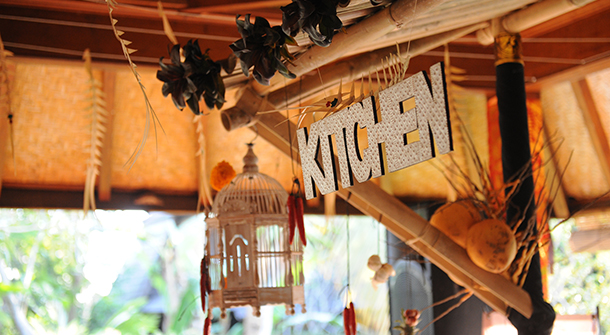 Why isn’t Indonesian cuisine better known internationally? was a query posed frequently throughout the inaugural Ubud Food Festival, UWRF’s sibling event. Numerous answers were proffered – the relatively small Indonesian diaspora, governmental neglect of culinary heritage – but this reason resounded every time: There is not one Indonesian cuisine. In the words of Bondan Winarno, father of Indonesian food writing: “One nation, millions of flavours.”

A dizzying diversity of the archipelago’s culinary creations will be discussed and dished up over three days in The Kitchen, the UWRF’s culinary theatre. Sharing the stage are the favourite flavours of fanatical foodies and authors from afar. All the aromas will be wafting from Toko-Toko, directly opposite the Festival’s main hub, so follow your nose and sate your senses with UWRF’s most delectable sessions.

30 October
1:00 – 2:00pm
Chilean-born chef Cristian Encina had his first taste of the kitchen at 12, working in his father’s eatery in Santiago. He now heads PICA: South American Kitchen, and for this cooking demonstration will meld his nation’s fresh seafood obsession with Bali’s spice-laden landscape. Melt-in-your-mouth ceviche is appearing on more menus globally, and now it’s getting the Balinese treatment. Be among the first to try it. Find out more >>> 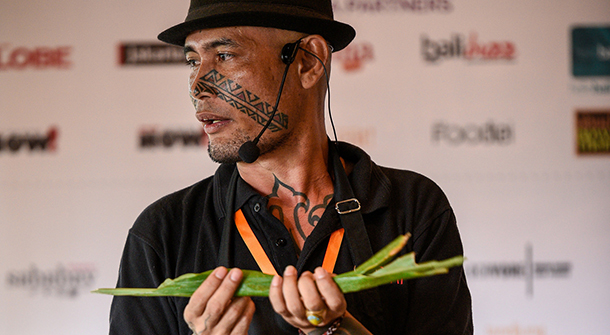 30 October
11:30 – 12:30pm
“There are three Batak flavours,” explains cult cooking hero Rahung Nasution (pictured above). “Salty, spicy, and sour, representing the three goddesses and levels of life in Batak cosmology.” The food activist from North Sumatra is back, this time with Prawn Arsik Soup, aromatic with the Batak triumvirate. Find out more >>>

30 October 2:30 – 3:30pm
Widely recognised as one of the most important Portuguese authors writing today, Afonso Cruz also gets the gong for best-titled book of 2012: Jesus Cristo Bebia Cerveja (Jesus Christ Drank Beer). Hear the tales behind it and try some heart-warming home-cooking as he lovingly prepares dishes from his birthplace Figueira da Foz, at the mouth of the Mondego, Portugal’s longest river. Find out more >>>

1 November 11:30 – 12:30pm
The potent piquancy of coriander mint chutney is the star of Bombay sandwiches, which are sold in their thousands daily on the pungent streets of Mumbai. Join Singaporean poet, educator and performer Pooja Nansi on a journey through Asia’s frenetic spoken word scene, and sample those moreish masala-spiced sandwiches. Find out more >>>

1 November
1:00 – 2:00pm
When in Rome… or rather Bali, do as the locals do! This smiling father of Balinese cuisine, Ketut Gogonk Pramana has advised the like of Rick Stein on the culinary traditions of the magic isle, and in this session will show the real way of making satay. Forgot the squish and pat, it’s all about the twirl, and trust us, this movement truly makes a difference. Learn how with Ketut. Find out more >>> 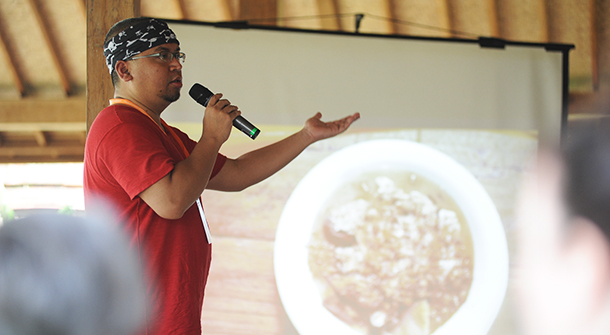