Steps Towards a Solution with Linda Christanty 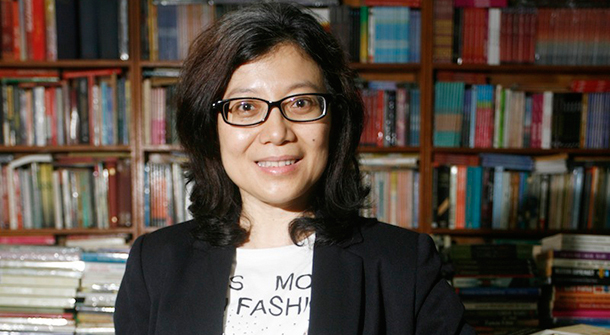 This piece is by Sarita Newson and originally appeared in the UWRF column of the Bali Advertiser.

Linda Christanty is an Indonesian author and journalist who is no stranger to awards, having been recognised by Indonesia’s national literary award, the Equator Literary Award (2004 and 2010), plus many more. She has written theatre scripts on conflict, disaster and peace transformation in Aceh, performed in the World PEN Forums, and received the SEA Write Award in 2013.

Sarita: Linda, can you tell us how you came to write about such a wide arena of subjects?

Linda: My grandfathers … were very active in politics, well-informed, supporting human rights. The empathy I feel for others has roots in my childhood experience: when Prime Minister of Italy Aldo Moro was kidnapped, I worried along with everyone else. My grandfather brought international issues into our household and spoke about them every day … Although I never met Aldo Moro, the memory of his death left a deep impression.

The first time I met victims of the war in Cambodia I was still in primary school. Refugees washed up in their boats on the beach near our house. My mother and grandfather took them food. I went with them and saw adults, women and men, small children, in a tragic state. These experiences enhanced my feelings of concern for people who experience the impact of conflict and war. When I grew up I went to Cambodia and interviewed people there and witnessed how the war had destroyed the country. I wrote an essay about Cambodia in my book Do not Write that We Are Terrorists.

East Timor, now Timor Leste, was part of my childhood. My grandmother used to shout out “The soldiers are eating people in Timor-Timur!” when I played with my friends too long in the yard. Our house was on the main road, and the army trucks passed by. This frightened me, but it also helped me to realise what was going on in Timor Leste. As a student I joined in their fight for independence; one of my best friends is from Timor Leste.

When I grew up and became a writer and journalist, I visited conflict and post-conflict zones in many countries. I spoke with people living there, listened to their stories and wrote them down to give them a voice, so the world would know what had happened to them: they wouldn’t be forgotten.

How do you deal with trauma in your writing?

Writing is part of healing trauma. When I tell stories I share my difficult experiences with others. We may have had the same experiences or perhaps they were different. To the reader who experienced the same, my story might be a way of building togetherness, a step towards a solution, even if we don’t actually meet. Those readers who have not had similar experiences learn the stories exist, and how they should behave. Those who are uninformed often behave badly.

History in Indonesia as most schools teach it is quite different from what actually happened—for example school history books omit … the mass killings that took place after 1965, and the subsequent killings. Do you feel it is important to correct this cover-up and educate young Indonesians about the truth?

In my opinion it is very important to revise history books, not only those that tell the story of the 1965 events. Many other events have been wrongly recorded and are still used as guidelines for students in school, including material about independence and resistance to colonisation in the early 20th century. Some heroes of the independence movement are still accused of having been rebels. If revisions are not made, the next generation will believe these lies…

Many of your activist friends were kidnapped by army, jailed, tortured, and lost their lives during 1996 … How do you deal with your memories of these friends, and the fact that the person responsible for their disappearance ran for President in last year’s elections?

My most traumatic experience has been losing my friends who were kidnapped and have not been found until today. Seventeen years have passed since they disappeared. Efforts to find them continue, but there have been no results at all. Most of them were people who worked very closely with me. Prabowo was the leader of the Special Forces (Kopassus), one of the units involved in the kidnapping. Members of those units have stood trial and been punished, but Prabowo has not once been summoned to the court. As a leader, he is considered not to be involved, in spite of the fact that his soldiers could not possibly act alone. They were members of an elite force, with a tight system of command. But Prabowo was also not a person who could act alone. He worked for an institution, under control of the Suharto government. Until now this case is considered unfinished. I was not surprised that Prabowo could nominate himself as a presidential candidate last year; he has never been proven guilty by law … But how can they be proven guilty and sentenced? This is very difficult. Impunity still reigns.

You talk about how politics, perpetration of violence against women and racial prejudices affect our homes and families. How do you think this can be addressed?

Government must include this in the curriculum of schools if they wish to build a nation that is healthy, solid and strong. The time has come.