With over 150 speakers from 31 countries, this year’s UWRF lineup is a literary treasure trove of discoveries. Over the next ten weeks, we’ll speak to a writer whose work you may not yet have encountered, but who could well become your new Festival favorite. To launch the series, we spoke to novelist and guide book writer Per J Andersson, whose first book, translated into English from Swedish last year, is UWRF17’s leading contender for most evocative title: The Amazing Story of the Man Who Cycled from India to Europe for Love. 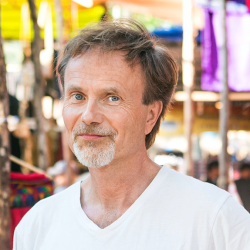 My book is about a dalit/outcast from a small village in the state of Odisha in eastern India. Despite the exclusion, discrimination and mass bullying carried out by students and school teachers he grows up and becomes a creative and harmonious young man. How was this transformation possible? The answer is a combination of a mother full of love and a state scholarship to move to New Delhi to go to art school. And if you ask the main character of the book, the dalit who against all odds performed well in life, it was also about how the stars were placed in heaven on the day of his birth.

I would like to discuss what can be done to lift underprivileged children and help them to have a good and viable life.

In 1975 my main character meets a Swedish girl who had driven a Volkswagen minibus from Europe through the Middle East to India. She eventually returns home and he decides to make the same trip through Afghanistan and Iran, but in the opposite direction and on a bicycle. How has travel and the possibility of intercultural meetings changed since then? Has the fear of other cultures increased or decreased since the 1970s? And what is the situation for dalits and other low caste Indians, with their long history of being cruelly discriminated against, in contemporary India? 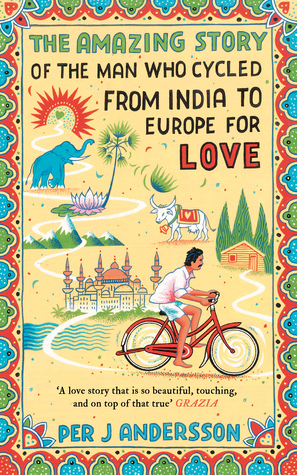 The villages with their clay houses in the salt desert of The Great Rann of Kutch in western India. Dharavi, Asia’s largest slum, located in the middle of Mumbai, which, despite what you can imagine, is a safe and quite hopeful place. And, of course, Athmallik at the edge of Mahanadi River in Odisha, the village where PK, the protagonist and hero of my book, was born.

I look forward to listening to several of the other speakers – authors who are mostly unknown to me. And I look forward to interacting with authors and readers to discuss writing, traveling and maybe also my favorite country on earth, which besides Sweden is India.

Per J Andersson is appearing in Incredible Journeys on Day 1 of the Main Program, and in For Those Who Travel at Festival Club @ Bar Luna.