Get to know… Uzodinma Iweala

Our Early Bird tickets are now on sale and the first round of speakers has been revealed. In this series we chat to these authors, artists and activists to get to know them a little better before they join us in October. Next up is award-winning American writer, filmmaker, and medical doctor of Nigerian descent, Uzodinma Iweala. 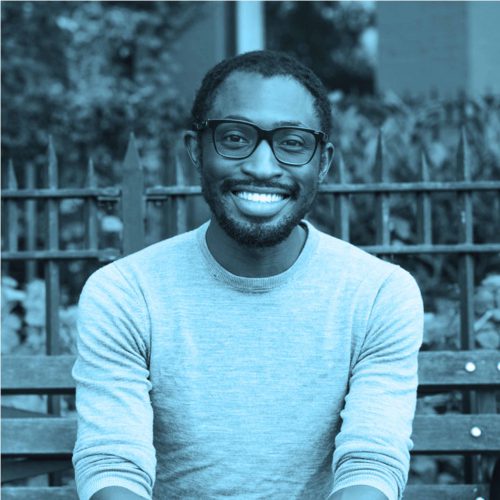 Since I was young I’ve always had a fascination with paper and I think the natural progression from there is wanting to put things on blank sheets of paper. I really started writing because as a kid, I was really into science fiction television programs and it was my way of telling the stories that happened after these shows left off. Later on in high school when exposed to some of the great writers of the world, the transformative and influencing power of narrative became clear and I wanted to master that.

Having multiple facets to my “career” (doctor/policy/writer/filmmaker) has meant being able to ride camels in desert in Timbuktu while writing about ancient manuscripts; to have dinner with world leaders and discuss some of the world’s most challenging issues; or to work on malaria and HIV as a public health specialist in rural Nigeria. The most thrilling part about this is recognizing how important story and narrative are in each of these contexts – if anything that has driven home the idea that facility with writing, or storytelling is one of the most important skills you can have as a professional.

What responsibilities do we have as writers to document or push change in an era of global flux? I think for me this is the central question, especially as books seem to lose out to other forms of media. How do you write to entertain and influence
and how do we drive home the idea that doing both is the writer’s great responsibility.

I want to be with people that will ask questions and put to test my views of the world around me.

Write. There are millions of videos and articles about writing and authorship, but one really needs to just sit down and write. It is as simple (or as hard) as that. Then I would say, write stories for you. Don’t write to trends or for other people. Write your stories. Believe in your stories. Work your hardest to bring your stories to life.

Read everything! But really, I would say read my most recent piece, Speak No Evil. In the times that we live in, where certain individuals and persons are persecuted for being themselves, this story resonates with many.