Get to Know… Jenny Zhang

Our Early Bird tickets are now on sale and the first round of speakers has been revealed. In this series we chat to these authors, artists and activists to get to know them a little better before they join us in October. This week we speak to Chinese-American Jenny Zhang, author of the story collection Sour Heart and the poetry collection Dear Jenny, We Are All Find. 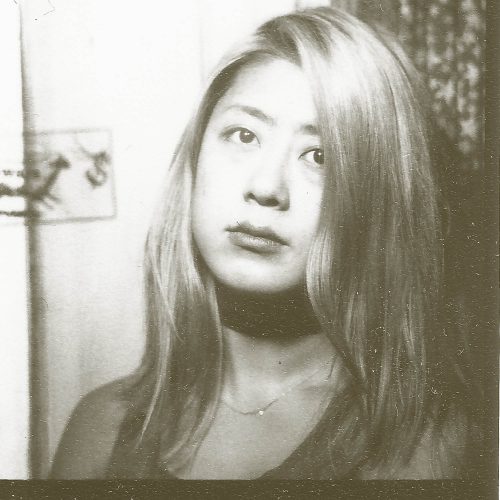 I started writing as soon as I learned the English language. It was all I wanted to do and unlike speaking, I could take my time, I could do it in private, without judgement or shame, and share when and if I wanted. As a child, it seemed like none of the adults around me were capable of saying what they really meant to say, or that spoken language was somehow pre-scripted, there was little room to play, and you had to be grown and preferably a man for anyone to listen to you.

Writing was a way to make the little stories and fantasies in my head real. Once I had converted them to language, I could move on to the next story. As for when I started to write with the intention of publishing my work… probably around middle school. I had a good mix of blithe, naive confidence and blithe, naive delusion.

The most extraordinary place my writing has taken me to is to a place of total serenity — sometimes it can last for hours. It feels like I’m finally not imprisoned in my mortal human flesh and I’m not projecting into the future or falling back into the past, but actually present.

My favorite part is when I’m nearing the end and I realize that what I thought would be the ending turns out to not actually be the ending and I’m suspended in this moment when I don’t know what the last words will be but also somewhere deep within me, I do.

My least favorite is revision, knowing something has to change and isn’t working but feeling like I’m not actually capable of figuring out what is missing. It reminds me of doing weekend academic prep classes as a kid and being given a calculus equation to solve even though I was still in pre-algebra — it’s just so clear that I had more to learn before I could truly crack the problem in front of me.

I’m always interested in talking about home, the different forms of travel, power and love.

“One has to allow some aspect of writing to be purely pleasurable, something that is meaningful, a point of freedom rather than one of despair (though there will also be plenty of despair).”

Accept that it takes a lot of time, and the best writing is antithetical to the capitalist mentality that everything should be immediately profitable, and able to be converted into some kind of tradeable commodity. Of course, everyone has to make a living and some people have it easier than others, and I’m not saying that one cannot aspire to make a living off of writing, but rather that one has to allow some aspect of writing to be purely pleasurable, something that is meaningful, a point of freedom rather than one of despair (though there will also be plenty of despair).

Perhaps my essay “How It Feels” that was published in Poetry magazine because it’s short, though it’s an essay and I’ve stopped writing essays. I was really proud of the book of stories I published in 2017, Sour Heart. You can find the story “The Evolution of My Brother” online in a few places.

Editing a book of poetry, working on more fiction, and a screenplay adaptation of Sour Heart for a feature film.

Eager to hear more from Jenny Zhang? Pick up your Early Bird ticket now, saving you 20% on the regular price of a 4-Day Pass. Stay tuned for our full lineup announcement in mid-August.