Get to know… Clarissa Goenawan

Our Early Bird tickets are now on sale and the first round of speakers has been revealed. In this series we chat to these authors, artists and activists to get to know them a little better before they join us in October. First up is Indonesian-born Singaporean author Clarissa Goenawan. 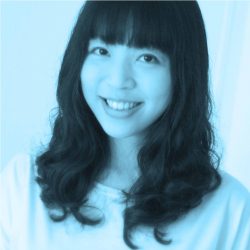 Clarissa, when and why did you start writing?

Ever since I was still a child, I’d always enjoyed writing. However, as I grew up, I became more ‘realistic’ and kind of abandoned the idea of becoming a writer. I spent several years working in marketing, sales, and banking.

When I was pregnant with my second child, I decided to take a sabbatical. And since I was going to stay at home, I thought I should give myself one last chance to pursue my childhood dream.

A lovely outdoor restaurant in Barcelona. It was in the evening. The weather was cold; there was a fireplace and fairy lights hanging amongst the tree. I was there last April together with other writers represented by Pontas Agency to celebrate the agency’s 25th anniversary. The authors came from all corners of the world: New York, Stockholm, Buenos Aires, London, Madrid, Jakarta (that’s Eka Kurniawan) and many others. I could hear chatter in various languages, many of which I couldn’t even recognise. The diversity amongst us was just amazing.

I’m a strong believer in equality and inclusivity. Recently there is a greater call for diversity in the international publishing scene. However, we still have a long way to go. More can be done to help women writers, emerging authors, and minority voices to reach a wider audience.

People who live and breathe books, writers and readers who have just begun to fall in love with the story world, and curious individuals hoping to widen their perspectives.

I’d like to share my favourite quote from Stephen King. “If you want to be a writer, you must do two things above all others: read a lot and write a lot.” Publishing does involve luck, but luck favours those who work hard and never give up.

Definitely my debut novel, Rainbirds. It was originally written in English and published by Soho Press, but there are also translated editions in other languages, including the Bahasa Indonesia edition by Gramedia. My translator, Lulu Fitri Rahman, did a wonderful job.