With more than 180 storytellers from 30 countries, this year’s Ubud Writers & Readers Festival lineup is a treasure trove of discoveries. Each week in the lead-up to UWRF19, we speak to a writer whose work you may not have encountered yet, but who could well turn out to be your festival favorite. This week we hear from Canadian-Indonesian-American author, poet and activist Cynthia Dewi Oka. 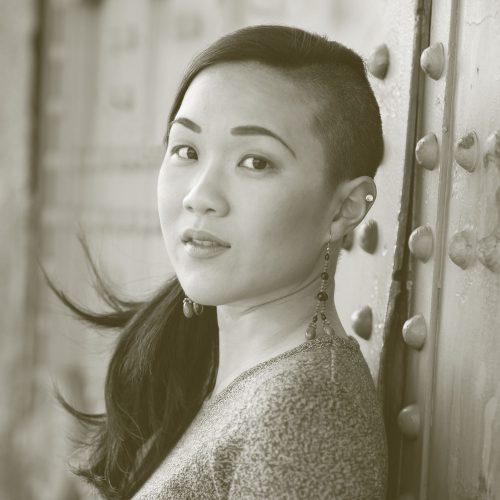 I always liked writing as a child. After my family migrated to Canada, I actually taught myself English by reading a ton of books and writing short stories. I started making poems later in my early twenties when I was a young working single mother. It was not possible then to continue my training as a visual artist and pianist, so poetry became the primary channel for my imagination.

Earlier this year, I was invited to participate in the International Poetry Festival of Havana in Cuba. During the week I was there, I got to learn from and build relationships with poets from all over Latin America, and because I stayed with a local community member and had some friends working and studying there, I also experienced a little bit of what it is like to live in a country where health care, housing, and education are prioritized as human rights.

I got to practice my Spanish, and was also very inspired by the way art and poetry live in the hearts and minds of the Cuban people. At any given festival event, there would be local Cubans who would not otherwise identify as writers, but could get up and recite entire epic poems from memory.

My favorite part is the brief moment after I have written a new draft – whether in the generative or revision stage – and am still living inside the illusion that it is any good! I love re-reading new drafts because they articulate something I was not able to say before, which means they are teaching me and there is a distinct sense of satisfaction in that. But it is usually a fleeting period, then I have to revise again. I don’t think I have a least favorite part – writing is a difficult joy for me, and in that sense, every part of the process is a gift that asks me to rise to a new challenge.

I love that karma is the theme of this year’s festival. It seems a perfect opening to explore ideas of choice and consequence in relation to our personal and collective lives. For instance, we are witnessing the rise of xenophobia globally in response to migrants, but we have yet to really explode the framework beyond welcoming strangers to addressing the root causes of displacement, which include colonialism, the global movement of capital, war, and climate disaster. I’m very interested to hear how other writers are thinking about these issues.

I really hope to connect with a lot of Indonesian poets, writers, and readers. Even though I work in English, I am still fluent in Indonesian and am excited to talk with audiences in my first language as much as possible. 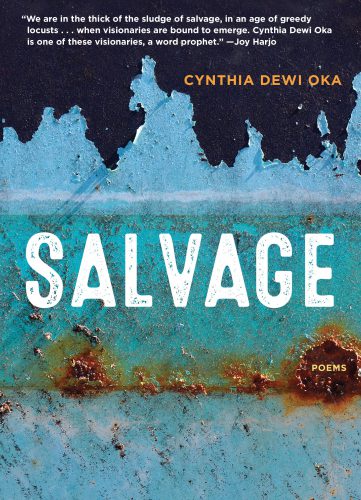 I’d recommend starting with my work that’s available online, there are links available on my website at cynthiadewioka.com.

My most recent book is Salvage: Poems from Northwestern University Press, if you prefer collections over individual poems as I do, since they provide a more complete sense of a poet’s stylistic range and thematic priorities.

I am working on my third book manuscript, which employs more experimental techniques than prior works and includes aspects of visual art and theatre. I don’t want to say too much about it yet, except that it’s in progress!

Cynthia Dewi Oka is part of the Main Program panel Indonesian, Elsewhere. Get your 4-Day or 1-Day Pass here. She’s also appearing twice at the Festival Club @ Bar Luna, which is free entry. Follow her on Twitter and Instagram.