With over 150 speakers from 31 countries, this year’s UWRF lineup is a literary treasure trove of discoveries. Each week in the lead up to the Festival, we’ll speak to a writer whose work you may not yet have encountered, but who could well turn out to be your Festival favorite. For the ninth and final installment, we spoke to one of Mexico’s leading writers, poets and playwrights, Carmen Boullosa. 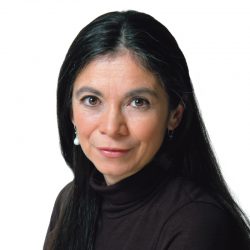 The impact of gender inequality on a literary tradition. For some time I’ve been reading and studying a set of Spanish-speaking women authors, who despite the caliber of their work have been largely forgotten.

Borders and frontiers: specifically the porosity of walls intended to divide, especially between Mexico and the USA. The need for translating literary works, and the impossibility of translating poetry´s musicality.

I hope I encounter readers that have been nourished by a canon of classics that is in great measure different from the one I grew up with. During several years of my childhood, I went to mass daily and listened attentively to their texts, from Job to Jesus and sweet Magdalen, and I heard versions of the lives of Saints, and the Grimm brothers’ stories.

It’s hard to pick what has been the most extraordinary for me. The candidates range from Oxford’s high table, to a marginalized, poor community in a dangerous corner of Mexico, to the earthquake-stricken Colombian city of Manizales. If pressed, I’d choose the seventeenth century Battle of Lepanto which I lived through while writing a novel that featured Cervantes and his characters as protagonists.

When I was an ‘illuminated’ teen (a very popular, bright woman) a Peruvian composer, Chabuca Granda, whom I met by chance, told me when I showed her my writings, “You are a poet, that’s a big responsibility, now you have to learn the craft.” This helped me overcome my father’s insistence that writing poems would lead me to mingle with bohemian good-for-nothings, and I would become one myself. Though he was a fantastic reader, he didn’t appreciate the profession, whereas Chabuca showed me the way forward, and so I would encourage others.

Conversations with other writers, performers, organizers, and participants. And I badly want to see your side of our planet. I want to eat your food and compare it with ours. I want to know what I will dream in Ubud, and in Bali. A dream is like a flashlight, it makes you aware of things that you would not perceive without its light. As what I write is infused with my dreams, I’m looking forward to discovering how my writing will be influenced by being immersed in Bali.

Carmen is appearing in Chapter and Verse on Day 3 of the Main Program, and in two Special Events, Latin Lit and Voices from the Coffee Lands. To purchase 1-Day and 4-Day Main Program passes, click the button below.